Robert Carlyle’s directional debut is a macabre comedy set in Glasgow. It depicts the story of socially inept barber, Barney Thomson who becomes an accidental killer. As a result, his life turns into chaos as he tries to cover up his deeds. Although the film doesn’t quite live up to its grand title, it’s still very funny, managing to elevate its dark subject matter into comical brilliance.

The Legend of Barney Thomson is one of those films that you will either love or hate, and although I found it joyously entertaining, I believe the film does require a particular comedic taste. But Trainspotting (1996) star Robert Carlyle, shows once again his apt for taking on subversive and challenging roles. As Barney, he provides a voice-over narrating the story of how he becomes a ‘legend’. When Barney gets into an argument with his boss, this provides the catalyst for his hapless murderous descent. As the bodies start piling up, Barney struggles to escape an unforeseeable nightmare. 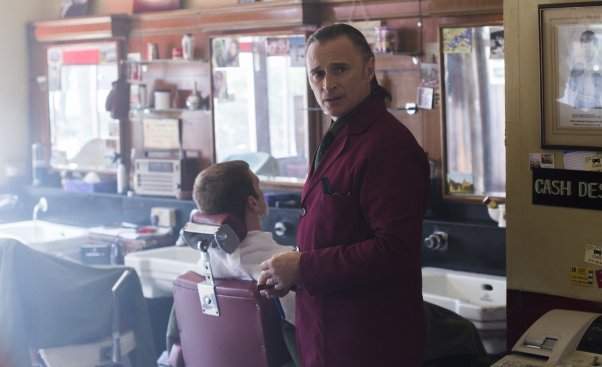 Eliciting the help of his foul-mouthed mother Cemolina (Emma Thomson), she assists him in concealing his crimes, but she ends up doing more damage than good. Emma Thomson is almost unrecognisable as Barney’s mother. I didn’t even realise it was her a first and she provides a brilliant performance. She completely transforms into a vile and spiteful women, while delivering moments of hilarity.

There also just happens to be a real serial killer on the loose, which is the last thing poor Barney needs. The killer has been murdering men and Detective Inspector Holdall (Ray Winstone) is leading the investigation into the murders. The hapless Barney becomes a suspect, so he ends up being connected to the wrong killings. Holdall’s investigation parallels Barney’s desperate attempt to cover up his crimes, whilst also having to deal with his friend Charlie, who seems to know too much.

The Legend of Barney Thomson has that urban, British cult feel about it. The specific time period is never made clear, but the Glasgow setting feels both current and old-aged. British cinema always produces gritty and unflinching movies, and its arguably better at conjuring up that ‘cult’ feel than American cinema.

Although the climax is a bit random and not quite in-line with the rest of the film’s tone, I can’t fault the comedy. It’s so grotesque, but brilliant and at no point does it go too far. The film doesn’t sensationalise death and murder in any way, but it engages the viewer with ridiculous and over-the-top scenarios for comical effect. 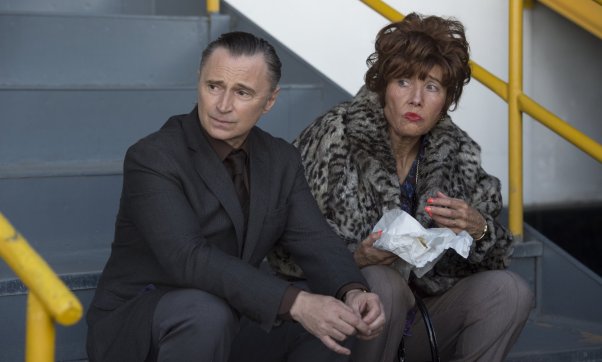 Robert Carlyle’s film will likely continue to receive little attention, due to its niche appeal and limited release. But The Legend of Barney Thomson is a distinct, unique comedy that I urge you all to check out. The dark sense of humour may be a turn off for some viewers, but the comical calamities of Barney Thomson are worth witnessing at the very least.

Quoted: “A man by rights should live to reach his full potential and have a kick at the ball.”

Writers: Richard Cowan, Colin McLaren, Douglas Lindsay (Based on the novel by)

Let me know your thoughts of this review in the comment section below!