This documentary film captures an intimate and isolating snapshot of the life of Cristiano Ronaldo. Whilst providing a delicate insight into his family and his relationship with his son, the film navigates through the 2014 season, in which he won the Ballon D’or, and competed in the World Cup. The film may portray a glossy image of Ronaldo, but it still remains a revealing film, that shows Ronaldo as a sportsman who refuses to be anything less than the greatest in his professional career. 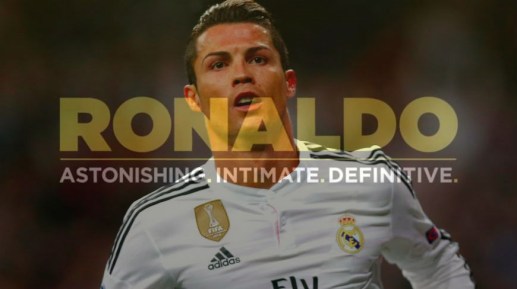 Ronaldo was shot over the course of fourteen months, and it is a combination of Cristiano’s day-to-day life, which of course shows him living in absolute luxury, and a number of different interviews from his family and friends, as well as Ronaldo himself. The film documents Ronaldo’s childhood, exploring his place of birth in Madeira, and his relationship with his alcoholic father. Interestingly, the film reveals quite a lot that most people probably would not know about Ronaldo. Also, what is most surprising is that even with his lavish lifestyle; fancy cars, immaculate house, and his momentous success as a footballer, he is very much a lonely figure. I would have found it quite sad that a man of his success and popularity lives in such isolation, with just the company of his son, but he is completely happy with his disconnection from the world in his personal life. 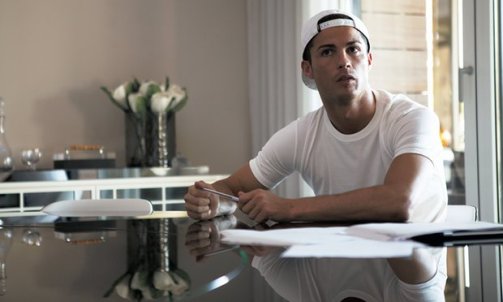 Ronaldo is consumed by his desire to be the best, proclaiming the people that loathe him are the ones that make him even more determined. I have a huge respect for Ronaldo and his continuously motivated and disciplined state of mind, and it is very much one of the factors that has contributed to his success. Also, as explored, his determination is obviously fuelled by the competition of Barcelona rival, Lionel Messi, and it emerges that they do actually have a mutual respect for each other.

It is generally understood that Ronaldo cares significantly for individual awards, even more than team awards, and the film acknowledges this. Most footballers would rather win the Champions league with their team, than the personal achievement of a Ballon D’or, but this is clearly not the case with Ronaldo. However, I feel the film does not delve deeply enough into why Ronaldo thinks so selfishly, and the film could have elaborated further on Ronaldo’s egotistical nature. The film avoids any controversy and ultimately tries to portray Ronaldo as positively as it can, which is hardly surprising. 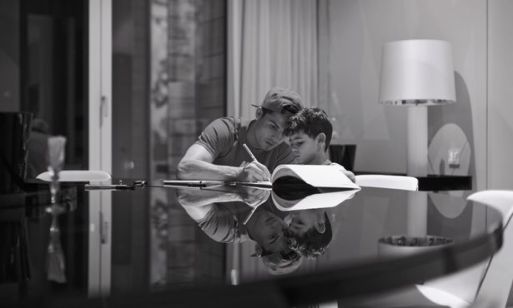 Throughout the film, it is clear that Ronaldo cares deeply about his son, but I found most of these scenes incredibly dull. I cannot help but feel that the extensive scenes featuring Ronaldo and his son, is the film’s urge to show he does have a sensitive side, attempting to revise the typical image and presumptions of Ronaldo. What the film seems to imply is that his enormous ego is one of his greatest strengths, and that few footballers have the same level of mental determination as Ronaldo. While his arrogance will continue to polarise opinion, it has surely only contributed to the huge profile of Ronaldo. His lack of humility will by no means negate his stature as one of the greatest footballers the game has seen.

Overall: Ronaldo remains an interesting film, that gives us a fine glimpse into the world of Cristiano Ronaldo. I would only recommend the film to those who have a profound interest in football. The film will be of little fulfilment for anyone who does not actually follow the sport. Whilst not a documentary that is a ground-breaking revelation of Ronaldo, it is still a film that football fans will find reasonably insightful.

Quoted: “Winning – That is the most important thing to me. It is as simple as that.”