What can I say about This Is England after all these years … if you have not seen this, then you really are slacking!

Set in 1983, this movie is full of tragedy, redemption and coming-of-age. 12-year-old Shaun (Thomas Turgoose) is a bored and aimless kid, who hasn’t had much happiness in his life. His dad died in the Falklands war, he’s constantly bullied at school and he doesn’t fit in anywhere.

So it’s no surprise then, to see him fall into the wrong crowd. He’s on his way home when he meets a gang of skinheads led by Woody (Joe Gilgun). After a few laughs, Shaun joins the group and to his mind, he’s finally made some friends. 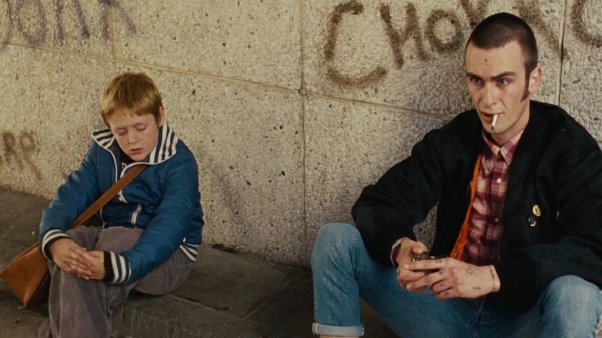 And to be fair, everything seems okay at first. Shaun shaves his head, changes his clothes, and starts hanging around with the group on a regular basis. They’re all about having fun and Shaun looks up to them, finding a big brother in Woody. But it all goes downhill when Combo, an older skinhead (Steven Graham), who’s a complete nutcase, by the way, comes back to the gang after a stint in prison.

Soon, Combo tries to take control by enforcing his English Nationalist and racist views over the group, causing a conflict. The film gives us a glimpse into these characters lifestyles, with the point being that viewer is supposed to get into their heads and understand their actions. Anyone who says this film is racist has missed the point. Yeah, it involves racism, but it’s really about how bad influences can elbow their way into people’s lives.

It’s also about how you shouldn’t be quick to judge. It draws a clear distinction between the reggae, northern soul-loving skinheads and the Nazi/far-right extremists. I always liked how this film emphasises that not all skinheads are racist. One of the gang members is even black, but whether you buy into this or not, the roots of the skinhead movement aren’t actually violent like most people think.

This Is England is a great piece that evokes the mood and feelings of the ’80s. If you lived through that time, then you’ll likely have a stronger understanding of the period and have an easier time digesting it. Perhaps the film does give quite a one-sided view of ’80s Britain because we only see the perspective of working-class people, but it’s extremely naturalistic in its approach.

In addition to the powerful context, the acting is brilliant. As the thuggish, hateable, borderline psychotic Combo, Stephen Graham delivers an unparalleled performance. His acting is insane! He brings so much menace and tension to the film. Also, Turgoose as Shaun is really impressive. Considering this was his first ever role, it’s quite an achievement. 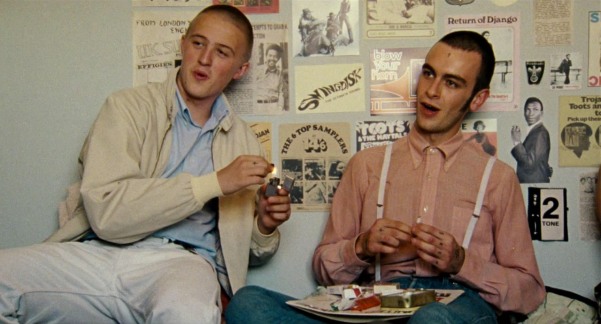 By the end of This Is England, when I watched it for the first time, I was left absolutely stunned. It’s an experience getting through this film, but it’s deeply immersive and overall a vital piece of cinema. It’s an outstanding work and one of the best British films ever made.

Directed and written by: Shane Meadows