Given that Dunkirk has left critics in a frenzy with praise, I was surprised that I didn’t feel the same way when I saw it at the cinema.

Looks like I’m in the minority, but I did not love this film.

Don’t get me wrong, I loved aspects of it, like the practical effects, the camera work and the suspense, but is it a masterpiece? No, definitely not. It’s still more than a solid film though, so I’ll start off with the positives…

Scenario: It’s WWII, eight months in and the British troops have been pushed back to the shores of Northern France. Bombs drop out of the sky, Nazis are closing in and the only thing that separates survival and death is the murky waters ahead. I thought the depiction of the Battle of Dunkirk was excellent and the entire film is shot in a very realistic way.

The set-up is basic but frightening, with a mood that’s constantly nerve-wracking. I liked the way this movie thrusts you into battle right from the opening scene, getting you geared up for what’s to come. There’s no messing around, no time for information – Dunkirk is all about the here and now. 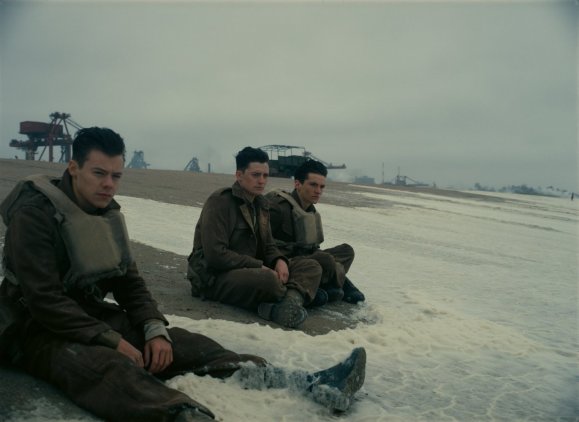 Action: With Nolan’s back-to-basics, natural approach, he brings gritty realism to the action. Today’s films have way too much CGI and sooner or later, every movie is going to start looking like a cartoon. Here Nolan strips away the special effects and the results are really impressive. Aircraft soar above real sets, explosions and gun fire are authentic, not cooked up on a computer.

Performances: Every actor did a great job of conveying the terror and patriotism of being at war. The acting had to be good for the way Dunkirk is structured. Anything less than convincing might have potentially ruined the experience of watching three interlocking timelines.

So we have young Tommy (Fionn Whitehead) on the land, Mr Dawson, (Mark Rylance), a mariner at sea, and an RAF pilot Farrier (Tom Hardy) in the sky. All the acting is awesome and it seems Hardy has mastered eye acting! His face is covered for nearly the entire film.

Now, here are the main issues that bugged me:

Characters: I don’t have any complaints about the subject matter because Dunkirk is fascinating. What these men went through is the real definition of bravery. Unfortunately, the film lacks an emotional punch due to the characters not being given a backstory. I didn’t care much for the characters on an emotional level because I knew nothing about their lives before Dunkirk. 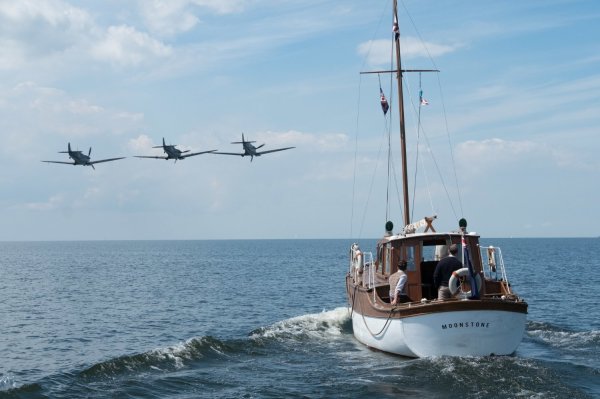 I don’t expect an in-depth introduction to every character, but I do expect a strongly written protagonist and there isn’t one. This is unusual for a director of Nolan’s standard, especially when you look at his best films: Inception, The Dark Knight, The Prestige and Interstellar. They all have great, well-developed characters that provoke an emotional response.

Tommy is the main lead but like everyone else, his whole arc is underplayed with little dialogue. So, I found it impossible to emphasise and build a strong connection with any of these people. Character depth is a big deal for me and it was totally absent in this film. I get that we live in the moment with these characters, but it would have given the film much more impact if we knew who these people actually were.

Repetitive: I’m not going to sugar coat what I saw. Dunkirk doesn’t have a proper story. It is the same thing in three different perspectives. Make no mistake, the way this film places the viewer in history is fine entertainment, but it simply paints a picture of one moment in time. I wanted more, you know. To be honest, I would’ve liked to have seen the enemy. I know this film is about survival, not war, but Nolan spreads himself too thin, making everything feel so stream-lined.

The hype on this film is overblown (it has a 93% on Rotten Tomatoes). If I was judging it purely on visuals, it would be a five-star film without question. But I like to see interesting characters and a compelling plot when I watch a film. There’s too much focus on visuals and imagery and not enough on the human element. As a whole, it’s good and you should see it, but Nolan’s other films are far better.

Directed and written by: Christopher Nolan

Have you seen Dunkirk? Let me know your thoughts on the film in the comments!