Who in their right mind would spend 150 million on a sequel to Blade Runner, released in 1982? Sequels are notoriously disappointing and we all know it’s impossible to recreate a classic, especially one as experiential as the original Blade Runner. Its legacy makes it a tough act to follow.

So, it feels like an impressive feat that Blade Runner 2049 stands up against the first one. I beg you to see it on a massive screen at the cinema because it is visually impeccable. Expanding on the world Ridley Scott created, it’s an epic piece of filmmaking that takes the story in a new direction. It’s everything you want, nailing the tone and style of the first. It’s easily one of the best sequels around.

Denis Villeneuve must have balls of steel to take on this project. I was fairly confident he’d do a good job as his past films (which include Sicario, Arrival and Enemy), are great – but Blade Runner 2049 might be a career best. He uses the same dark aesthetic from his previous work to create a bleak atmosphere that compliments the original. From the neon-lit cityscape to the desolate wastelands, there isn’t anything in the film that doesn’t look amazing.

Quite a lot has changed since the events of Blade Runner. The Tyrell Corporation, who created the original bioengineered replicants have gone bankrupt and replaced by the Wallace Corporation. This new manufacturer, run by the ruthless Niander Wallace (Jared Leto), has built a new breed of replicants. This is explained in the opening credits with title cards, which are quite important for understanding the film. 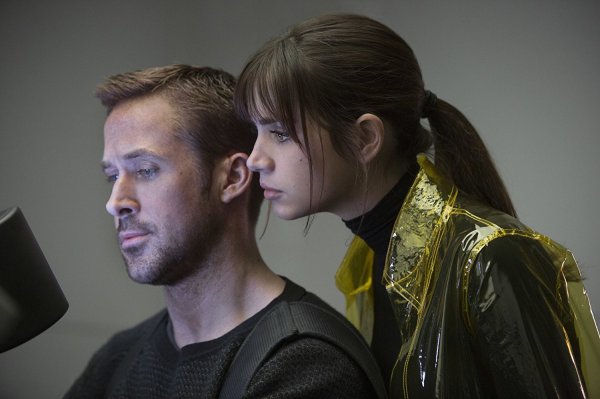 K (Ryan Gosling) works as a Blade Runner for the LAPD, whose job is to “retire” older replicant models. But that’s not the only thing K has on his plate: he’s secretly tasked with finding a long-lost child, as well as solving the 30-year disappearance of old-timer Rick Deckard (Harrison Ford).

This is the gist of the story, which moves at a pace that requires a dedicated attention span. Like Deckard in the original, K is more of a tour guide in Blade Runner 2049‘s world. It’s not the story of K, but one seen through his eyes, as themes of memory, loneliness and identity take centre stage.

2049 continues the same issues raised in the original but explores them in more detail. Another director might have made it a generic blockbuster, but not Villeneuve. He picks up where Scott left off and builds on what was set up in the original while paying homage at the same time. That’s the brilliance of it and what I found most impressive. It’s gone against the grain of today’s big-budget Hollywood movies, to tell a meaningful story.

As for the people in front of the camera, they all play their parts with unrivalled energy. Harrison Ford enters the picture much later than expected, but he gives an effective, timeworn portrayal of his classic character. Gosling, yet again is top notch, playing up his lethargically cool charisma.

The supporting crop are also noteworthy; Sylvia Hoeks as queen bitch replicant Luv makes a fierce villainess; Jared Leto is intense and manipulative as the big bad Niander Wallace, and I might be right in thinking he probably method acted his arse off. Leto often goes to the extreme to get into character. Also, Ana de Armas gives an intriguing performance as K’s sort-of girlfriend. Across the board, the acting is quality, as expected from such a great cast.

Just as the original did, I’m convinced Blade Runner 2049 will grow into a much-loved cult movie. It has all the ingredients, with the exception of the runtime. It’s super long at nearly three hours. Can we sit through this again and again? Only time will tell but for now, it succeeds on its own terms.

It’s one of 2017’s best and the perfect sequel to Blade Runner. The visual effects are groundbreaking stuff. Without a doubt, it’ll remain vivid in your mind for a long time.

What did you think of Blade Runner 2049? Does it live up to the original? Comment your thoughts below!