If there was an award for world’s worst on-screen dad, then Eliot Baker (Joel Kinnaman) in Edge of Winter, would come close to claiming the title. In this suspenseful survival-thriller, Eliot seizes the opportunity to take care of his two sons, Bradley (Tom Holland) and Caleb (Percy Hynes White), while his ex-wife and her new husband go on holiday. This may seem like a familiar premise, but I can assure you that this isn’t the type of film where the careless dad redeems himself in the end.

Beginning with Eliot trying to bond with his sons, things quickly turn nightmarish, as the trio get stranded in the wilderness. Whilst enduring treacherous conditions out in the cold, the brothers soon realise that their father may be the real threat. 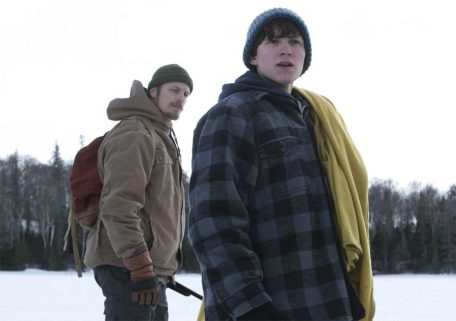 Ever since I first saw Joel Kinnaman in TV series, The Killing, I always thought the guy was a pretty decent actor, but I didn’t realise the magnitude of his talent until watching Edge of Winter. I believe that many people underestimate the amount of skill it takes to be able to portray an unlikable character convincingly and still make them sympathetic. This is a task Kinnaman certainly accomplishes.

Eliot is a middle-aged divorcee living alone and is happy to have the chance to bond with his sons. However, Bradley and Caleb are neither overly pleased or unhappy to see him. Caleb, the younger of the two is more optimistic about spending time with their father, where as Bradley is considerably less enthusiastic. It quickly becomes evident that Eliot clearly needs to work on his parenting skills, because not only is he ill-tempered, he decides to teach his sons how to handle a rifle, as well as letting Caleb drink alcohol. Not exactly a model father, right? 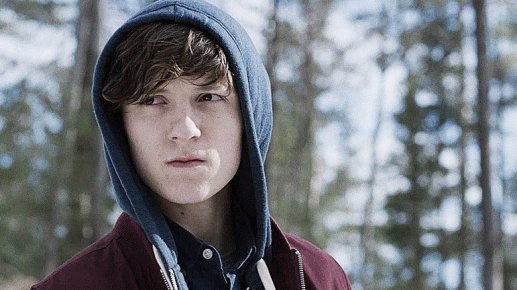 From the outset, it’s obvious that the film is heading towards tragedy. Despite being very gripping, the film’s major flaw is its predictability. Honestly, I saw everything coming, but I still really enjoyed the direction and general tone of the film. Besides, the acting is tremendous, which is always an important factor in any film.

Surviving in the wilderness is the family unit’s only option, as there’s no one around for miles and all they have is a wrecked car. However, it is the bombshell that Bradley and Caleb drop on their father that really drives the narrative. The brothers’ relationship with their father is put to the test and so is Eliot’s mental stability. You can’t help but feel sorry for him because of the fact he’s so unhinged, and he does genuinely want to keep his sons safe. But he has his own twisted agenda.

Possessive and volatile, Eliot’s behaviour starts jeopardising their plans to escape the wilderness. Eliot’s character arc is intriguing and it is defiantly the highlight of the whole film. What I found particularly interesting about Edge of Winter, is that for such a small cast, it doesn’t feel like a small film. It is enticing and atmospheric and throughout, there is always a sense of danger. 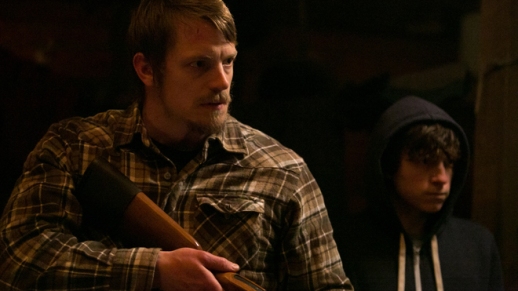 Those who like intense and thrilling films will enjoy this movie. There’s never a dry moment. Due to its independent production and distribution, Edge of Winter won’t do well commercially, but it ticks all the right boxes for an edgy and dramatic survival thriller. It’s well-worth watching and although it’s a small film with a limited budget, it still looks and feels grandeur.