Unsurprisingly, very few films have directly addressed the September-11 attacks. Instead, a large number of films have dealt with trauma and warfare, allegorising the catastrophe that was 9/11. However, Paul Greengrass’ United 93 is a direct representation of the events, focusing on the plane that never reached its target.

It’s a harrowing, incredibly sad depiction of the passengers on board the plane, who fought back against the hijackers. The film is a very realistic account of true events. 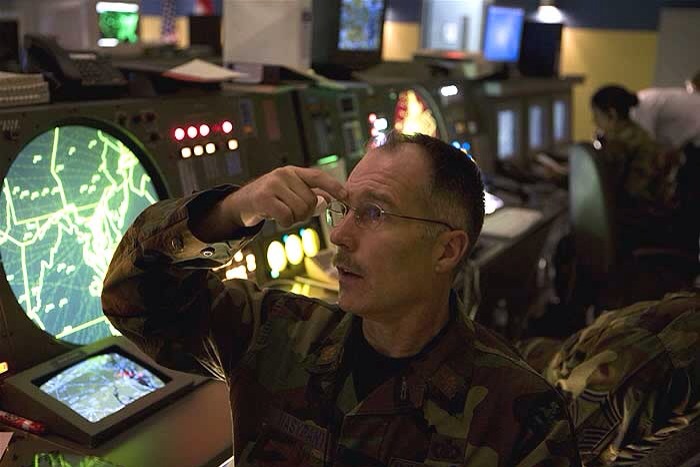 As I was far too young to mentally process the events of 9/11, I have no memory of the events that took place that day. However, over the years I have watched many documentaries and interviews about 9/11, and of course, it is horrifying. After my viewing of United 93, I still find myself in awe that this actually happened. Upon its initial release, many people believed it was “too soon” for a film to directly address 9/11 so soon after the attack took place. But United 93 does not sensationalise the events in any way, which is what people were perhaps worried about.

The film is delicate in the way it reconstructs the events, but at the same time, it’s careful not to make light of anything. The film gets straight to the heart of the action, as the narrative negotiates its time between both the passengers on the plane, and the people on the ground working for the United Airlines.

There is no central protagonist in this film. We are obviously supposed to sympathise with the characters, but the film deliberately retains from establishing profound emotional attachment to certain characters. The idea is that these characters represent the normal, everyday people, who were actually on board in real-life, that were thrust into a horrific situation.

The film was shot using hand-held cameras, which creates the sense of ‘real-time’ and immediacy. The effect of this is audience participation as you feel involved during what is a very emotionally intense film. What must be stressed is United 93 is not entertaining. It is compelling and very engaging, but entertainment clearly is not the aim here and rightly so. Its artistic and historical value is fundamentally what makes it so powerful. I see it as a historical interrogation of what it was like for the passengers on board United 93, in a docudrama style, depicting the moment they realised the seriousness of their situation, and showing their decision to fight back.

Naturally, the film is primarily concerned with America’s response, but I think what would have made the film even better is if it delved into the psychology of the extremist Muslims. Obviously this is difficult and understandably, the majority of viewers would be more interesting in America’s point of view. But there is a lack of insight into why these men are so determined to cause death and chaos. Personally, I would like to one day see a film that directly explores what drives these people to commit such atrocities.

Arguably one of the saddest films of all time, I highly recommend United 93. It is so powerful and intelligently constructed. However, it is the kind of film that must be watched with a certain state of mind. The film ultimately stands as an essential viewing of the events on September-11 that still haunt many of us today.

Directed and written by: Paul Greengrass