If you only like Eddie Murphy when he’s talking to animals or when he’s playing a wacky scientist, then it’s best you stick to watching The Nutty Professor and Dr Dolittle, as he takes on a very subdued role in drama film, Mr. Church. Murphy shines as Henry Joseph Church, a talented cook who comes to live with a young girl, Charlie (Britt Robertson) and her mother, Marie (Natascha McElhone). A close family bond is created that spans fifteen years. 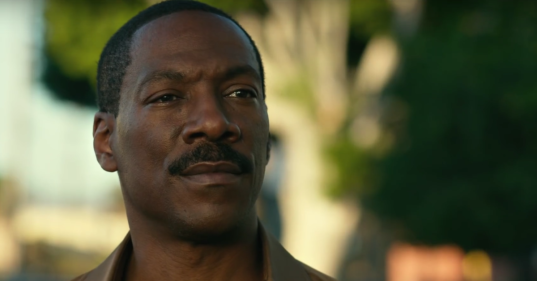 When comedic actors step into dramatic territory, there is always the chance that we might not be able to take them seriously. This is what I was concerned about when I decided to sit down and watch Mr. Church. Thankfully, my worries were quickly put aside, as Eddie Murphy completely disappears into the title role, and he doesn’t deliver a single witty one-liner.

In the film, Mr. Church becomes a surrogate father to Charlie when Marie retains his services as their personal chef. He simply appears in the kitchen one morning, literally out of nowhere. This is a great performance from Murphy, but the character isn’t realistic. Not only is he an amazing cook, he’s musically gifted and is an excellent painter. Now, don’t get me wrong, I’m not saying people can’t have multiple talents, but it’s very unlikely that someone would be flawless in cooking, painting and playing the piano. Also, on top of that, he has no backstory and we know nothing about his life outside his work as a personal chef.

The man is perpetually compassionate and asks for nothing in return. Can anyone really be that nice? But hey, I’m not complaining too much, because Mr. Church is definitely one of the most pleasant characters I’ve seen in a long time; he’s the type of guy who never lets you down. His warmth and care are only shattered when Charlie asks about his private life. He refuses to tell her anything about where he lives, what he does in his spare time, or anything remotely personal.

The film is guided by Charlie’s narration, as she recounts a coming-of-age tale, starting from when she first meets Mr. Church as a child, continuing all the way into adulthood. We see how their friendship develops over the years, whilst Charlie endures various teenage problems, such as preparing for prom and going to university. The film is very familiar and formulaic, but it has many instances that pull on the heart strings. Some viewers may find Mr. Church overly-sentimental, but I believe the tone is appropriate for the type of story the film tells.

Mr. Church doesn’t offer anything exciting, as it’s very simple film, but the story is interesting enough to keep you hooked. It’s a slow-burn that could have benefited from a more inventive plot. Eddie Murphy’s performance is probably better than the film itself, and he is likely to be the main reason why many people decide to watch it. Having said that, if you’re like me who has a tendency to seek out low-key films with modest budgets, then Mr. Church is a decent film to watch. It’s an intimate movie that expresses the importance of family values. 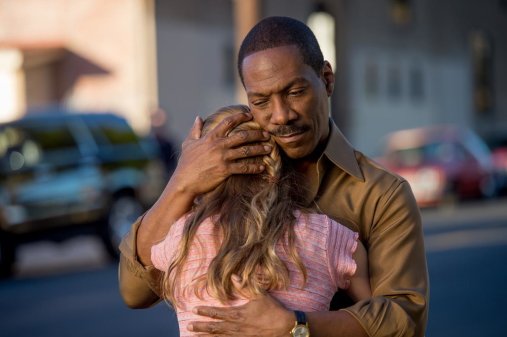 This is a nice watch for viewers who enjoy those dramatic, poignant and meaningful films. Also, I highly recommend this film for big fans of Eddie Murphy, because here he proves he really can act without the comedy. I actually found myself forgetting that this is the same guy who has made a career out of making people laugh. If you want to see a transformed Eddie Murphy, then Mr. Church is the one to watch.

Best Quote: “Henry Joseph Church could have been anything he wanted. He chose to cook. The secret, he said, was jazz.”

Let me know your thoughts on the review in the comments section!