Time and time again throughout film history, we have seen many fight movies, where one young prospect trains to be a champion in the ring. Their struggle to reach the top is nearly always a metaphor for overcoming other obstacles in their lives. I’ve always been a huge fan of these movies and Warrior is another great fight film. It follows two estranged brothers, Brendan (Joel Edgerton) and Tommy (Tom Hardy), who compete in a mixed martial arts championship. 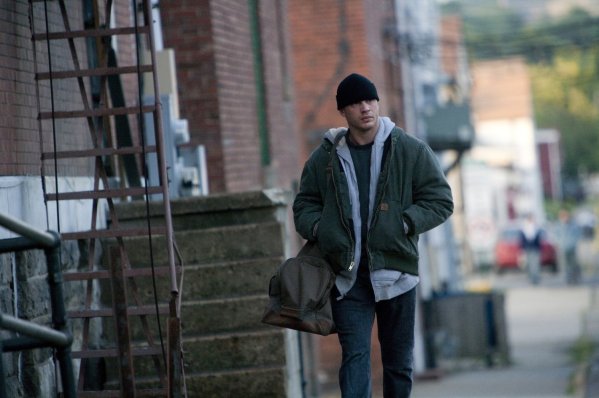 My knowledge of mixed martial arts is fairly limited, and the little stuff I do know comes from the UFC game I used to regularly play in my teens. However, prior knowledge of the MMA isn’t really necessary, as Warrior is completely fictional. What is clear, is that the brothers are two very different types of fighters –  Brendan is smart and slippery, whereas Tommy is ferocious and a loose cannon.

Their fractured relationship is a result of their father, Paddy (Nick Holte), a recovering alcoholic, who damaged the brothers’ childhood. He’s essentially driven a wedge between them, but he wants to be part of his sons’ lives again, and he’s adamant he’s changed his ways.

Brendan is a devoted father, trying his best to provide for his family, but he’s struggling to pay the bills. He’s a high school physics teacher, but leads a secret life of MMA fighting, battling amateurs to increase his income. Like a lot of films within the boxing/fighting genre, Warrior‘s drama and emotional elements are just as importing as the fight scenes. The balance between the scenes in the ring and the gritty drama is well maintained throughout. 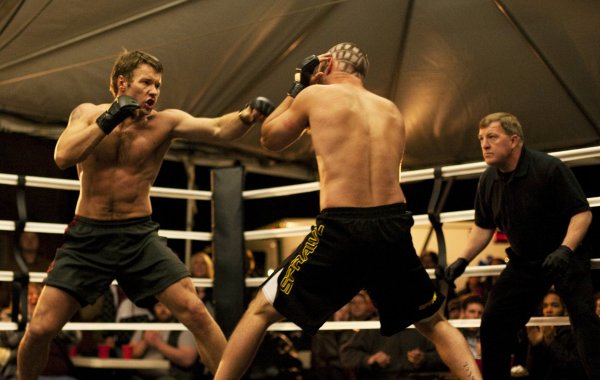 There’s nothing particularly unique about the overall narrative, as it’s all quite familiar stuff. The first half of the film slowly builds the tension and emotional stakes, as we head towards the showdown between the brothers. It’s quite easy to guess how things are going to pan out, but the film’s predictability is overshadowed by sensational performances and an authentic character-driven plot. I can’t stress enough how good the acting is in this film. I expected Tom Hardy to steal the spotlight, but Holte and Edgerton are equally as good, delivering such convincing and truly committed performance.

Warrior is very underrated and definitely deserves more appreciation. I was surprised to learn that it didn’t even reclaim its budget when it was initially released. How it managed to fly over people’s heads, I’ll never know. Poor marketing maybe? It doesn’t matter anyway because Warrior is a high-quality film, that packs a bigger punch than many other sports dramas that have come before it. 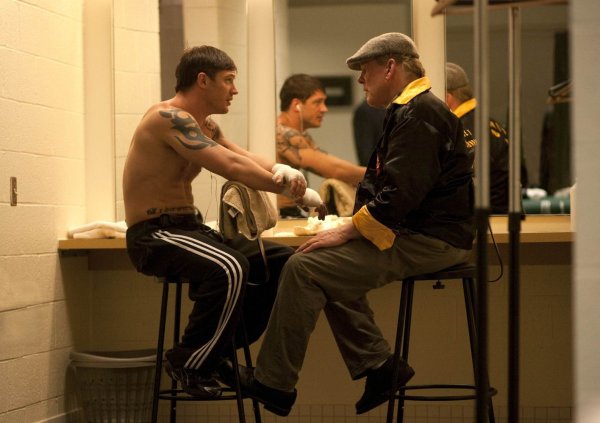 The film is ideal for fans of boxing movies, particularly those who love the Rocky films, and viewers who like lots of action, drama, blood sweat and tears. Warrior is a master class exercise in hard-hitting and poignant drama. I really recommend this film. Although it’s not very original, it’s a great story of two brothers facing the fight of a lifetime, and trying to cope with the wreckage of their broken family.

Let me know what your thoughts in the comment section!