Most weird films come from the independent world, not Hollywood, because the stranger the movie, the less likely it will be successful. I have seen plenty of weird films, some good and some terrible. Here are five movies that I believe have a unique place in cinema.

What happens when you pair the minds of Luis Bunuel and Salvador Dali together? You get a twenty-one-minute film of bizarre, surreal imagery. Despite the fact Un Chien Andalou seems like a bunch of random segments all thrown together, with no clear story, there is an art to the film. It can be watched on YouTube, so whenever you have spare twenty minutes, you know what to do.

You might never figure out the story or the message Eraserhead is trying to convey, but the nightmarish and captivating visuals are enough to put a stamp on any unanswered question. I don’t think David Lynch ever explains anything in his films. With Eraserhead, he practically laughs in our faces, as he makes it so intentionally ambiguous. It’s overall a great film.

Being John Malkovich is so far out there that it treads a fine line between genius and stupidity. I back the former because the film’s concept is so inventive. No other mind other than Charlie Kaufman’s could have come up with it. The only not-so weird thing about the film is the title. It’s a good description of the story, which is about a puppeteer (John Cusack) who discovers a portal leading into the mind of John Malkovich. It’s a head-trip comedy that’s well-worth a watch.

The Lobster is like a rom-com enthusiasts’ worst nightmare. There’s no easy sentiment here about love and relationships, but instead, the film provides a satirical commentary about the societal pressure of finding a romantic partner. This is what I personally gathered from it in any case. It stars Colin Farrell as David, who moves into a hotel where singles are given 45 days to find a partner, otherwise face being turned into animals. It’s such a strange premise, but the idea is brilliant. Cynics will love the film. Romantics will loathe it. 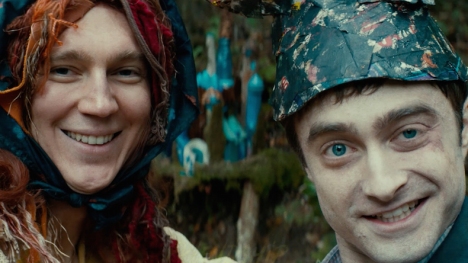 I could talk about Swiss Army Man all day long and still find something new to say. It is one of the strangest films I have ever seen, but I adored everything about it. I’ve got Daniel Scheinert and Daniel Kwan to thank for conjuring up such an unusual film about a depressed man and a dead body.

Swiss Army Man is very divisive and that’s one of the best things about it. Some viewers will think it’s stupid and juvenile, others will just flat-out hate it, but those who share my quirky appetite will love it. The film is impossible to categorise. I believe it’s one of the most truly original film’s cinema has offered us.

If this list encourages you to see any of these films, watch them with an open-mind and good luck – you’re going to need it!