Short Term 12 is so authentic, life-affirming, and grounded in reality that it genuinely makes you feel the power of its message. Rarely can a film be a truthful understatement, tell a profound story, devastate you and lift your spirits all at the same time. For me, the film is a stroke of genius, a masterpiece that will likely remain unseen by general audiences. This film reminded me of exactly why I love movies and the emotions they can elicit.

Believe me, I’m not exaggerating. Short Term 12 really is that good. It only takes a quick look at Rotten Tomatoes and the large majority of other reviews, to see that I’m not talking nonsense. It’s highly acclaimed but buried under the noise of commercial films. What’s it going to take for an indie to get more mainstream attention? Anyway, let me explain what it’s all about… 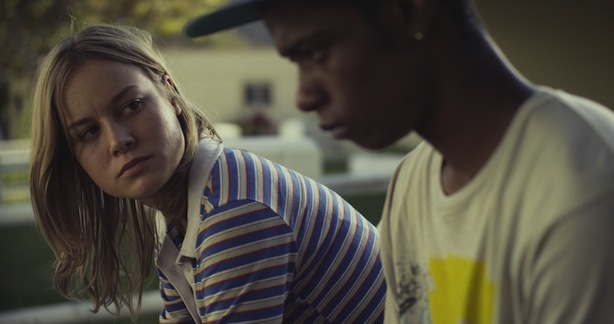 Short Term 12 tells the story of twenty-something Grace (Larson), who works in a child care facility, alongside her boyfriend Mason (Gallegher Jr.). It’s a halfway house for troubled kids, most of whom have come from dysfunctional homes. When Grace bonds with a new arrival who has a long history of problems, she’s painfully reminded of her own personal demons that still impact her life. Grace’s past comes back to bite her when she least expects it. It’s clear she’s holding some heavy baggage that’s ready to implode.

This film takes on a number of challenging issues, bolstered by incredible performances. The acting is so good that it feels like the kids are from an actual foster home. In some instances, it feels like you’re watching a documentary. The young actors are unrecognisable, as most of the children were plucked out of nowhere from open casting calls.

The film fights to be uplifting, but Cretton keeps a cool balance between optimism and darkness, keeping it away from needless sentiment. It’s never over-dramatic which it so easily could have been.

Also, Short Term 12 is one of those films where you can tell everyone involved has put in a tremendous amount of effort and commitment, particularly Brie Larson. This is an actress who disappears into the parts she plays. As Grace, she portrays toughness and vulnerability more convincingly than anything I have seen before. Her performance is so poignant and perfected, it’s impossible not to care for her. Need I say more about her outstanding performance?

On every level, Short Term 12 is an exceptional film. There’s something about it that feels very special. It’s touching, funny and sad. It focuses on characters whose struggles feel urgent and real. I would be extremely surprised if someone said, after watching this film, that they hated it. Everyone is entitled to their opinion obviously, but for me, Short Term 12 is a revelation.

So go and check out this film if you haven’t seen it already. Why would you not want to see a film that is basically an affirmation of life? I guarantee this film will stick with you for the long term.

Quoted: “Grace, you are a line staff. It’s not your job to interpret tears.”