Quirky and weirdly compelling, here is an indie comedy I found very funny! Once you embrace its ridiculous plot, you’ll be entertained right until the end.

Four vampire housemates – Viago, Vladislav, Deacon and Petyr, live in Wellington, New Zealand, where they let a film crew document their everyday lives. Presented in the mockumentary style, What We Do In The Shadows has no real meaning or overriding relevance. It’s just a welcome parody that pokes fun at the entire vampire lore. 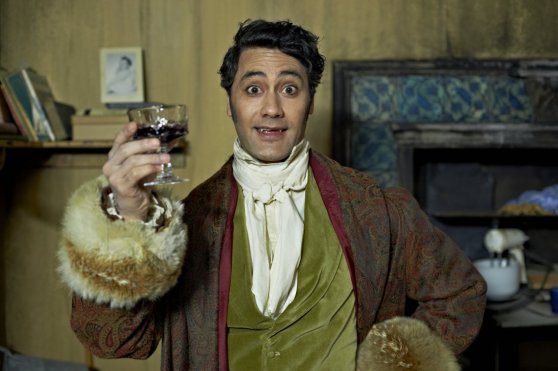 Five minutes into the film, I thought to myself: “Is this going to work?”. But as it unfolds, I was sucked in (pun intended) and quickly impressed with the movie’s overall quality and visual style. Your ability to like this film depends on your appreciation for the mockumentary sub-genre, and of course your sense of humour.

In addition to the comedy, there’s a surprising amount of world-building and character depth. This film dives deeply into vampire mythology. Also, you meet many side characters over the course of the film. There’s Jackie, Deacon’s human servant – who runs errands for the vampires, eager to become one herself. Nick, the latest member of the group, struggles to adapt to life as a vampire. His best mate Stu, tags along with the gang, completely unfazed by his new blood-sucking buddies.

The film brings in werewolves too, who the vampires frequently clash with. The classic rivalry between vamps and lycanthropes is depicted in the most comical way possible. 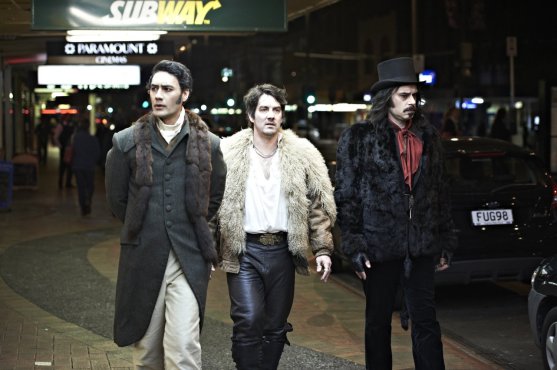 The vampires essentially try to cope with whatever modern life throws at them while trying to figure out how they can make Nick less irritating. The core group are centuries old and you get a hilarious look at their backgrounds, including Vlad’s age-old feud with his nemesis “The Beast”. It all ends in a calamitous climax involving a masquerade ball. And I’ll say no more than that.

Bottom line – This is one of the best horror-comedies I have seen in a long while. Interestingly, this film comes at the end of pop culture’s recent obsession with vampires. So it works as a nice swan song for a tired genre. All in all, What We Do In The Shadows is a great laugh.

See it before the sequel comes out next year!