David Cronenberg’s Eastern Promises takes on the Russian mafia in a rainy, murky London. We go along with Russian mobsters, Nikolai (Viggo Mortensen) and Krill (Vincent Cassel), and the good-natured nurse Anna (Naomi Watts) within the brutal criminal underworld.

What makes this film cut above your average crime story is how the lives of a gangster family and an ordinary woman become interlocked. Anna doesn’t know what she’s gotten herself into when she tries to track down the family of a teenage girl, who died in childbirth. The only thing she has to go on is a diary the girl left behind, which is of huge importance to the Russians.

There’s a load of damaging evidence against the mobsters written in the diary, so they’re eager to get their hands on it. Anna soon learns of the lengths these people are willing to go to cover up anything that could destroy their organisation. All Anna cares about is finding a home for the baby, but the more she digs, the deeper she is embroiled in the dark, seething world of crime.

If I haven’t made it clear already, Eastern Promises puts its characters before the plot. To my mind, the narrative is a backdrop for the stories of plausible human beings. Nikolai is both ruthless and mysterious, serving as “Cleaner” for the mafia family. In other words, he removes evidence and disposes of dead bodies. Mortensen’s character shifts between good and bad, so he brings moral weight to the role.

Krill is an out of control, psycho criminal, the kind of character we’ve seen many times. Cassell is a beast in this film, but not quite as effective as the scary mobsters in other films. For example, will anyone ever beat Joe Pesci’s crazy-bastard performance in Goodfellas? 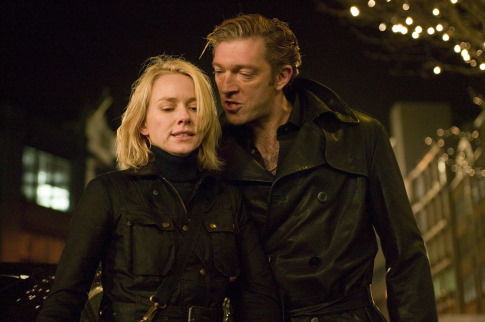 In regard to the performances, the casting directors made some fantastic choices. Mortensen is something of an acting genius. In every film I’ve seen him in, he dominates the screen with his cool, commanding composure and his seen-it-all attitude. He’s an actor I find captivating and for some reason, he’s fairly understated in the traditional sense. It’s not often you hear someone say, “Have you seen the new Viggo Mortensen movie?” As a whole, all the actors are excellent, having finely tuned their roles and the result is a layered film.

Then there is the violence, which is extremely graphic, but authentic. As always, Cronenberg doesn’t do things by half measures. There is one stomach-churning fight sequence. It’s more than violent – it’s savage-like and shocking, but I rank it up there with the best fight scenes in cinema as it’s literally eye-popping.

Eastern Promises packs plenty of style without actively trying to be a stylish movie if you get what I mean. It’s about how these characters live their lives and what happens when they’re put to a test. It doesn’t look like a morality tale when you first start watching, but it becomes something complex.

Genuinely bad characters are at the heart of Eastern Promises, but hints of humanity get revealed in all of them. Although the ending is a let-down, this is a daring, discomforting movie with pulpy wits and courage.