M. Night Shyamalan has attained a conflicted reputation, as he has managed to produce some very good films, but at the same time, has been at the helm of some terrible ones. From the brilliant The Sixth Sense (1999), which brought him initial recognition, to the critical failures of After Earth (2013) and The Last Airbender (2010), the director has had somewhat of a whirl-wind of a career.

But, found-footage movie The Visit is a return to form for Shyamalan. While it doesn’t divert dramatically from the tired formulas of horror films, I really enjoyed it for its smart mix of terror and comedy.

I don’t normally like the found footage format, but in The Visit, I think it works really well. Shyamalan utilises it in a way that is actually quite refreshing. Unlike most of the typical amateur-looking found footage films, The Visit is much more cinematic.

The film involves two teens, Becca (Olivia DeJonge), and her younger brother, Tyler (Ed Oxenbould), who go to visit their maternal grandparents for a week-long stay, as their mother is off on a cruise. They’ve never met their grandparents before, due to a family feud. This inspires budding film-maker Becca, to produce a documentary film about her mother’s childhood home, in which she left many years ago under bad circumstances.

With the film, she hopes to reconcile the fractured relationship between her mother and her grandparents. So, The Visit has a distinctly plausible explanation for why the characters are filming everything. 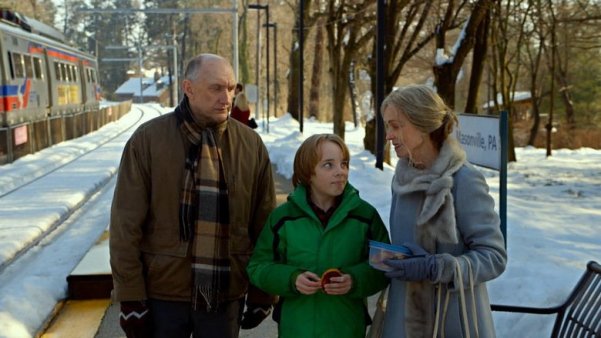 The film excellently installs a sense of normality when Becca and Tyler meet their grandparents for the first time, who are played by Deanna Dunagan and Peter McRobbie respectively. Referred to as Nana and Pop Pop, they initially appear like your average grandparents, albeit with a few odd quirks, which are past off as them just being ‘old’.

However, the film wastes no time in progressing into spooky territory. It becomes clear that there is something not right with Nana and Pop Pop. As a result, the kids are left baffled with their grandparents’ increasingly strange behaviour, which includes; Pop Pop spending a suspicious amount of time in the barn outside the house, the creepy noises that persist at night, and Nana becoming more crazy as the week goes by. Whilst in the process of filming their documentary, Becca and Tyler try to figure out what exactly is wrong with their grandparents.

Although The Visit has a handful of horror cliches, such as the dark basement and the isolated setting, the film’s biggest strengths come from its surprises, and lack of predictability. Although some of the scare scenes are pretty repetitive, I could not have guessed the outcome of the film and the direction the narrative takes. Also, the film’s comedy makes this film somewhat different from typical horror films.

Much of the humour comes from Tyler and his comical rapping, in which he seems to believe he actually has a talent for. What I enjoyed was that Tyler and Becca behave like actual children, which some films struggle to depict at times. Like an actual pubescent teen would, Tyler responds to situations in immature ways. Becca being a bit older is slightly wiser, but with an authentic innocence about her. 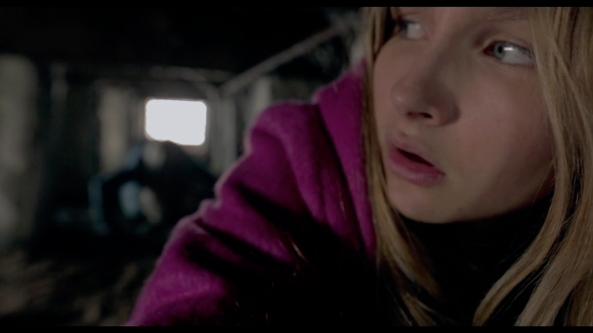 Even though a mysterious atmosphere is established early on in the film, The Visit progresses at quite a subdued pace, but throughout, Shyamalan brilliantly teases us with these acute moments of terror that seemingly maintains our interest. Whilst most of the scares in the film are not exactly original, The Visit ultimately succeeds in its unpredictability. There was one moment in particular I did not see coming at all. What I also noticed is how Shyamalan, like many other horror films, takes the ordinary and inverts it into something horrifying.

Rest assured though, younger viewers will be pleased to know that The Visit is nowhere near scary enough to make you envisage a twisted version of the older generation, or those of your cherished family relatives. The Visit remains an unusual, funny and creepy film that boasts plenty of great moments.