At a glance, Whiplash appears to have a fairly mundane premise. The film follows first-year student Andrew Neiman (Miles Teller), who aspires to lead a career in jazz drumming. Through his participation in a jazz band, he aims to eventually be remembered as one of the greats.

Chazelle transforms what sounds like a tame story, into an exhilarating drama that is fundamentally about obsession. Andrew is literally willing to go through hell at the hands of his crazy conductor Terence Fletcher (J. K. Simmons), to achieve his dreams.

The Oscar-winning J. K. Simmons is what attracted me to this film initially, as I was eager to see how great his performance really was. I can honestly say his performance is probably one of the best I have seen from an actor in a supporting role. His menacing portrayal of Fletcher, who exerts extreme methods to get the best out of his students in the jazz band, is both compelling and frightening. There is no doubt that Simmons deserves that Oscar.

But let me remind you, the star of the film is Teller as Andrew. He’s comparable to a character in a sports film, as he’s intent on rising through the ranks to reach the top. The relationship between Andrew and Fletcher is essentially what drives the plot. Fletcher is the gateway for Andrew’s progression in his drumming career, so he aims to impress and Fletcher expects perfection.

Andrew’s place in the band is unstable, because he’s opposite other competitors for the core drumming spot. As a result, he becomes increasingly determined to beat those that stand in his way, and also reach Fletcher’s ridiculously high expectations. 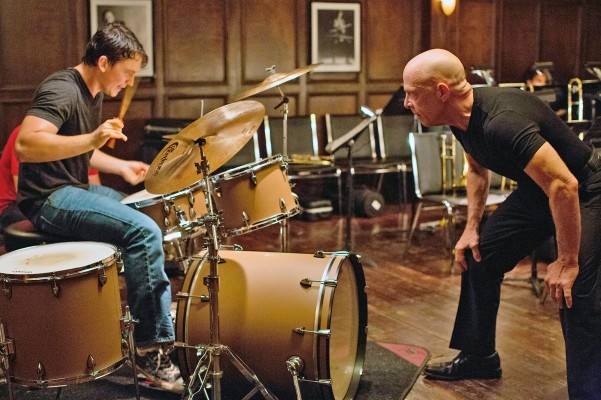 Andrew literally dedicates his whole life to drumming. He has no friends or any form of social life, and he even prioritises drumming over seeing his new girlfriend, Nicole (Melissa Benoist). So, he’s beyond passionate, the guy is obsessed to the point of madness

Without giving too much away, it gets to the stage that you start to question whether Andrew actually enjoys what he does. Chazelle captures every detail of Andrew’s struggles, immersing us into his mindset. The viewer is completely aligned with him throughout the whole film, so we feel every pain and frustration as he does.

Besides the support of his dad (Chris Mulkey), Andrew is completely reliant on his own self-belief. It is this type of motivation, bordering on arrogance, that makes us root for him. Fletcher on the other hand, occupies a strange position because I wouldn’t really call him a villain. He is a bad guy with good intentions. He literally tries to bully his students to greatness, so you don’t loathe him, but in no way do you admire him either.

So even though he behaves like a maniac, he remains one of those dark characters you have a bit of respect for. The music is also an enjoyable and Whiplash refers to the song that is played numerous times throughout, and it never gets tiresome. 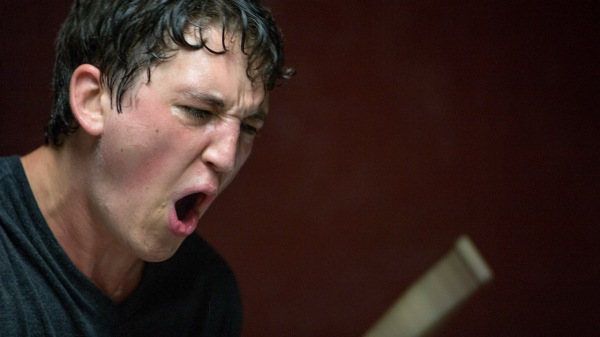 Whiplash is an enthralling film with a breath-taking narrative, and you might just feel symptoms of whiplash by the end of it. This is a truly captivating film, with some outstanding performances. It very much leaves you itching for more.

Quoted: “I’d rather die drunk, broke at 34 and have people at a dinner table talk about me than live to be rich and sober at 90 and nobody remembered who I was.”

Directed and written by: Damien Chazelle