As I’m a big fan of hip-hop music, I really enjoyed how Dope pays homage to ’90s urban culture, and the old school hip-hop influenced films. I also really liked the film’s self-aware nature and willingness to satirise African American stereotypes, instead of just simply being a nostalgic 90s throwback. For those of you who have a taste for hip-hop music and culture, this film will be a real treat, but Dope‘s concise and well-developed narrative ensures its appeal to a wider audience.

Audiences love to be able to sit back and identify with the characters on-screen, and Dope provides just that. Whilst being a wise-cracking comedy, Dope is a coming-of-age film that transports the viewer into the daily lives of teenagers and reminding us of what it’s like to be a kid growing up. Malcolm and his friends spend their time trying to achieve good grades at school, goofing around, going to band practice and dreaming about girls. However, they are outsiders and don’t fit into to any particular crowd, but above all, they are pretty ordinary and likeable kids with morals and good intentions.

Intelligent but slightly awkward, Malcolm is your typical underdog hero that’s really easy to root for. Initially, his future looks bright as he prepares for his college application, but his life quickly spirals out of control when he attends the nightclub birthday of Dom, hoping he can attract the attention of his neighbourhood crush, Naika (Zoe Kravitz).

A police raid sees the party end in catastrophe and Malcolm and his friends narrowly escape, unwittingly with a bag full of MDMA. This one moment of madness ignites a thrilling and mostly hilarious chain of events, where Malcolm, as well as Jib and Diggy, are propelled into the chaotic world of gangsters and the drug market. 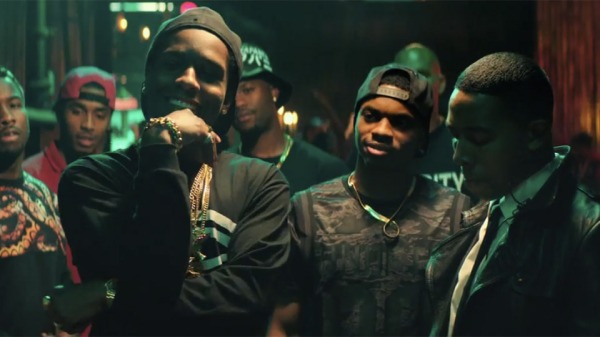 I believe the director, Rick Famuyiwa excellently combines serious race-related issues with light entertainment. Although the film’s tone is a bit erratic at times, the overall vibe of the film never feels contrived, or does it struggle with the weight of its serious subject matter. Like the majority of indie directors, he clearly has full control of his creative vision, and he executes it in such an enticing and enjoyable manner. Dope actually slightly reminded me of Pulp Fiction, in terms of its self-referential style.

Also, I was really surprised to see A$AP Rocky in this film, portraying Dom, as, during all those times listening to his music, I would have never guessed he would break into acting. I think it’s safe to assume that he should definitely stick to rapping, as his shoddy attempt at acting in this film is nothing more than an exaggerated version of himself. He simply injects his celebrity persona into the film, but having said that, he still manages to produce some funny scenes.

Now, if the N-word makes you uneasy then I must stress that Dope won’t be a comfortable watch. The word is used excessively, but it’s all within the context of the characters. Interestingly so, when Malcolm and his friends meet college student, Will Sherwood (Blake Anderson), there is one scene where they discuss whether Will, as a Caucasian male, should be allowed to use the word. It’s an interesting scene which directly addresses a wider debate in society. 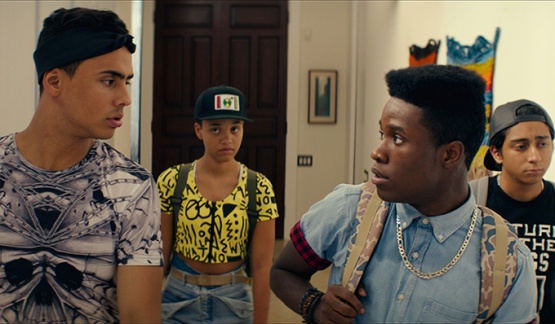 I highly recommend Dope, because it’s a very fun and courageous film. Although the film’s third act is a bit frantic, Dope is still a refreshing and edgy coming-of-age tale that actively avoids cliches. Dope contains everything you can hope for in a film about teenagers in high school. It’s raunchy, vibrant, spirited, and more importantly, it’s a heartfelt depiction of the struggles of urban life.

Quoted: “So, why do I want to attend Harvard? If I was white, would you even have to ask me that question?”

Directed and written by: Rick Famuyiwa