Joseph Gordon-Levitt portrays the accomplished high wire artist Philippe Petit, who gained notoriety for his high-wire walk between the Twin Towers of the World Trade Centre in 1974.

This is a masterful film. The Walk makes us feels as though we are following Petite’s every step along the wire, thousands of feet above the ground. The film provides a very immersive experience, and I can only imagine how much better it would have been if I had watched it at the cinema. Despite no actual footage of the real-life Phillipe Petit in action, Gordon-Levitt does a marvellous job of bringing the man to life on-screen. 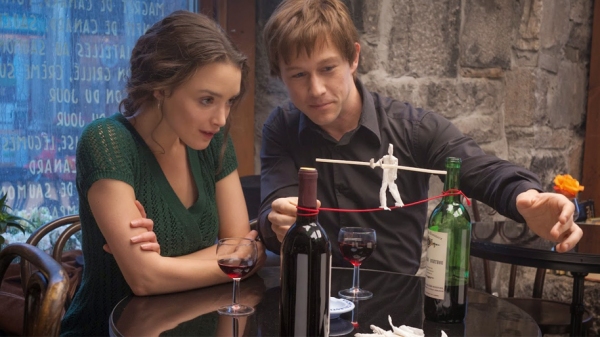 Petit starts out as a struggling high-wire performer in Paris, trying to make a life for himself with his performances. He soon has one thing on his mind, which is to perform the artistic crime of the century, or what he refers to as “le coup”. Although incredibly dangerous and not to mention down-right insane, Petit makes it his ultimate mission to walk a high-wire between the buildings of the World Trade centre. It becomes his artistic dream and he will stop at nothing to make it a reality, even if it means breaking the law and risking his own life in the process.

With the help of his girlfriend, Annie (Charlotte Le Bon) and his fellow accomplices, he spends months planning and preparing, performing his act at various locations. Most of the film is a long build-up to the moment he steps out on the wire between the Twin Towers. We know where the film is going and what the end-game is, and with all the anticipation, I really hoped Petit’s expedition did not disappoint and was worth the wait.

Witnessing his walk across a wire thousands of feet above the ground is the lure of the film and the main reason anyone would watch it. Thankfully, when Petite steps out onto “the void”, it is glorious to watch. We are completely aligned with him as he enters a breath-taking and perilous mission, where death is only centimetres away. 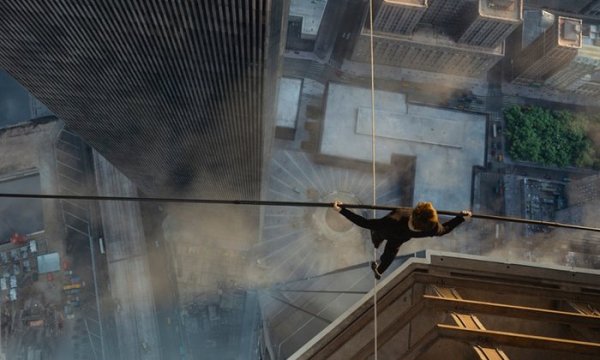 I don’t want to get all technical, but the cinematography in this film is sublime. Also, the interesting thing about The Walk, is that it’s not the threat of death that keeps you watching, because we know the real-life Philippe Petit has lived to tell the tale. It’s more about the experience of watching a unique form of art. Although the final sequence is nail-biting, it is somewhat relaxing at the same time. I can’t quite describe the feeling, so I guess you will just have to watch and find out for yourself.

What also makes The Walk such a profound film is its representation of the World Trade Centre. They look exactly like the real-life counterparts did and considering the film used no actual footage of the “la coup” event, this is an example of how CGI can be amazing in capturing accuracy, realism and every inch of detail.

If you’re interested in unique art forms and enjoy watching films based on real-life people, then The Walk is an ideal movie to watch. What’s also great about it, is that the film allows us to remember the Twin Towers as remarkable buildings, and the film’s final act is a poignant reminder of their ever-lasting significance in history.