Rock bottom. Chances are you’ve heard that phrase a time or two in your life. I hope you’ve never been there or experienced anything like the struggles of punk rocker and writer, Jim Carroll. A talented but misguided individual he was, The Basketball Diaries chronicles his teenage years when he went from basketball star to heroin addict.

The bleak descent is based on Jim Carroll’s own 1978 memoir. This isn’t a sports movie, but instead a brutal look at the decline of a promising high school athlete. How can such a talented young man end up with a drug problem? Well, the 1960s was a time where counter culture was a thing and when coupled with a bunch of wayward friends, we can start to see why Carroll went so painfully off the rails. 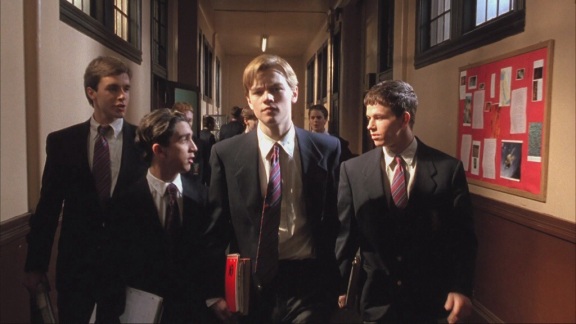 DiCaprio traces every step of Carroll’s nightmare journey, portraying him with such conviction. As a massive fan of Leo, I had huge expectations going into this film. Thankfully, I wasn’t disappointed. I was blown away by his acting, which has to be up there with his best work. Carroll’s transformation from a wide-eyed teenager to a street-wise heroin user is nothing short of terrifying.

At first Jim and his friends, Mickey (Wahlberg), Pedro (Madido) and Neutron (McGaw) have their lives under control. They’re basketball enthusiasts with a bright future ahead of them, but out of nowhere, they free-fall into a world of petty crime and drug abuse.

Driven by their urge to rebel, they storm the streets of New York, getting into all kinds of trouble. They can’t resist the lure of drug-induced highs and escapism. Before we know it, Jim Carroll is lost to the audience. He turns into a pale, slobbering and uncontrollable junkie. As a coming-of-age film, this is the darkest I’ve seen to date. There are no uplifting, fist-pumping moments here. The story is one long downward slope. 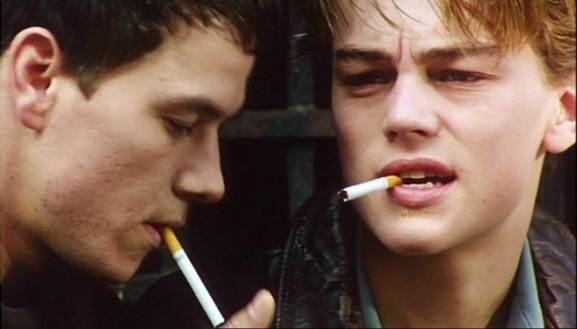 The film gets you involved with and attached to the characters. You get to know them and seeing their self-destruction is a depressing experience, to say the least. The characters are young and vulnerable and are completely swept away by their addiction. If you want a film to swear you off drugs for life, then The Basketball Diaries is it. The parts where Carroll goes through withdrawal and has to support his addiction through a number of stomach-churning ways is horrible.

I know I’ve made this film sound awfully depressing, but it’s well worth seeing this powerful cautionary tale. These kids do some serious damage to themselves and their rapid degeneration is extremely well acted. You don’t see DiCaprio, you see a deprived character quickly sinking into no man’s land. By the way, Mark Wahlberg is also impressive in his role. He’s a hit-and-miss actor, but as Mickey, he shines, though his character isn’t likeable in the slightest.

Although we know that the moral of the story is don’t do drugs, I can’t help feeling like there should be more to it than just that. Annoyingly, the film doesn’t give clear answers for exactly what Carroll and his friends are rebelling against. Maybe that’s the whole point, but I was left a bit stumped at the end, yet it never made me lose touch with the film. 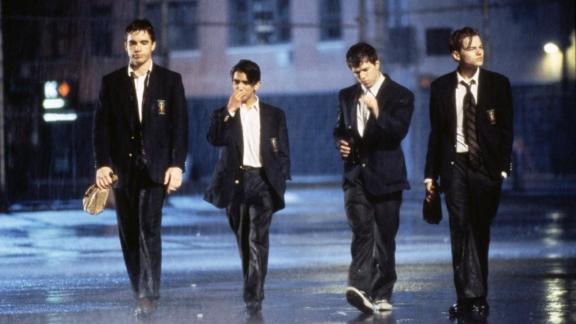 The Basketball Diaries shows the harsh realities of drug addiction. Be prepared for a dark ride that has no major moments of elation. From an enjoyment aspect, the film isn’t overly memorable. It can only ever be a one-time watch but trust me, it’s time well spent.

Quoted: “You’re growing up. And the rain sort of remains on the branches of a tree that will someday rule the Earth.”