“Wondering if you’re happy is a great shortcut to being depressed,” is a genius line said by Annette Benning’s Dorothea, in 20th Century Women. You can take this quote how you want, but I see it as the perfect anecdote for this film.

Set in the 1970s, 20th Century Women isn’t about anything specific. This could have easily been a bore-best, but it works on so many levels. Writer-director Mike Mills tracks the life of teenager Jamie (Zumman), using him as a gateway to further explore three women –  Jamie’s laid-back mum Dorethea, wild-child Julie (Fanning) and punk twenty-something Abbie (Gerwig). These three women guide Jamie on the path to becoming a man. 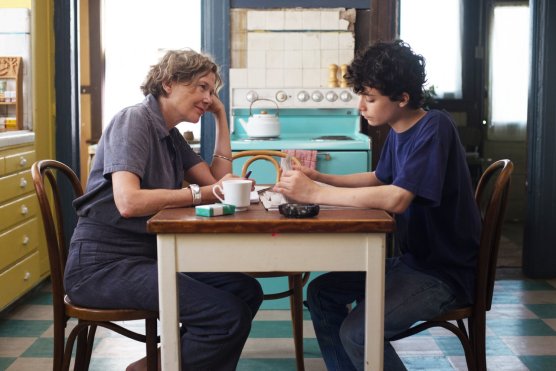 The film is carried by voice overs, delivered by Jamie and Dorothea, combined with several flashbacks as the story unfolds. Jamie talks about his mother’s past, his absent father, and he briefly narrates the backgrounds of the other characters, explaining how they arrived on the scene.

This is a fairly standard coming-of-age story that explores multiple generations of women. Jamie is always at the centre, seeking to better understand the world while pining for his best friend Julie. So it’s basic stuff, nothing too original here, but the way the story is told makes it compelling.

While there is a level of self-indulgence in this film, it doesn’t shove a ton of preachy life-lessons in the viewers’ faces. Most coming-of-age films take a central character who has to overcome a major challenge to move to the next stage of their life, ignoring the fact that in reality, there are often no clear-cut answers. 20th Century Women accepts and embraces that life is complex and that sometimes there is no easy solution.

I loved the film for its free-form structure. There is no real narrative arc, but the film still brings to life engaging characters, each of them flawed but likeable. Mills drew from his own experiences growing up being raised by a single-mother, and here he has created a quietly profound film.

It’s as much about what it means to be a modern woman, as it is about what it takes to be a modern man. With a title like 20th Century Women, you’d think it would focus purely on females, but the film isn’t really about gender roles and stereotypes. Instead, it’s a study of the various struggles that accompany life’s journey.

There are also some funny moments here and there. The sense of humour is quite dry, perfectly suited for the film’s sombre tone. All in all, the only thing that doesn’t completely come together, in the end, is Jamie himself. It would be harsh to say Zumman did a bad job in playing the character, but he doesn’t convey the meaningfulness of Jamie to the audience as well the other actors do in their roles.

20th Century Women is one of those films “where nothing happens”, yet it’s still deeply satisfying and you are made to care about these characters’ problems. This film isn’t for everyone, particularly thrill-seeking viewers. But if you like indie dramas, be sure to catch this film if you can. It’s a solid 4 out of 5 film.

Directed and written by: Mike Mills

Distributor: A24 (US), Entertainment One (UK)