Buried alive. One man, one coffin. That’s the basic set-up in this tense thriller. Paul Conroy (Ryan Reynolds), a US truck driver working in Iraq, is the guy trapped in the coffin. He wakes up as the film starts with no idea of who put him there and why. As the events unfold, you’ll be asking this one burning question: How the bloody hell is he going to escape?

Shooting a whole film about a guy stuck in a coffin is a risky move, there’s no denying that. I mean, is there much to gain from watching a film like this? It really is just Ryan Reynolds in a box for 90 minutes. There’s no flashbacks, cutaways, or anything to take the viewer out of this one location, which is in real time.

Buried goes beyond being just a nice idea, because it’s actually really good, and it has some interesting tricks to keep the suspense. Inside the coffin, there’s a phone, a flashlight and lighter, and things develop in a series of frantic moments, as Paul tries to make contact with the outside world.

He reacts to this nightmare like you and I would, by screaming, shouting and desperately trying to draw on the little resources he has to try and get out. He cycles through every emotion: from despair, anger and hope, you live the experience with Paul. And because he’s such an ordinary guy, you naturally connect with him.

I found Ryan Reynold’s performance very compelling. I never paid much attention to Mr Reynolds until Deadpool came out, but Buried is further proof that he actually can act. He carries the whole film on his own. It takes some acting prowess to be able to pull it off. 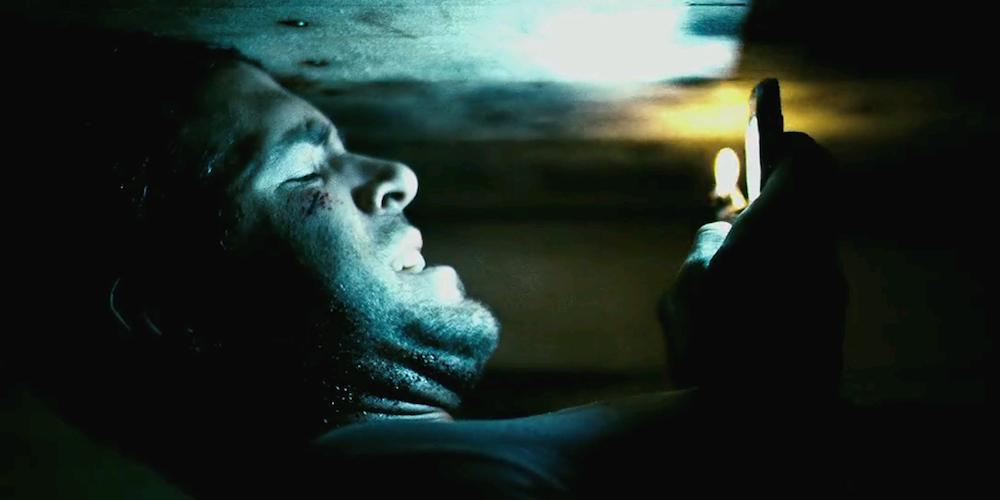 This film is endlessly engaging, but I had a few problems with its realism. I wasn’t convinced by the voices on the other end of Paul’s phone, as he tries to get help to escape. They don’t come across as very natural and feel out of place with the rest of the film’s urgency.

They are supposed to initially be sceptical about Paul’s situation, but I just couldn’t take them seriously. It’s like the actors put no effort in. Aside from that, overall Buried is an enjoyable nail-biter. An achievement for a risky concept, that could have easily fallen apart.

If you’re one of those people that love edge-of-your-seat thrillers, then Buried will keep you entertained. The reveal of how Paul ended up in the coffin in the first place isn’t easy to predict, and the final moments of the film are some of the most captivating you’re likely to see.

Check out the following trailer below!