College movies: parties, sex and simplified drama, far removed from real-life. I won’t lie, I love the escapism of teen comedies and the easy laughs they bring. Everybody Wants Some!! is a college movie much more grounded in naturalism.

This film is set in 1980s Texas and follows college freshman Jake (Blake Jenner), as he moves into his new house-share, joining his baseball teammates at Southeast Texas Cherokees college. The movie takes place over the course of a few days, before the start of class, and Jake tries to settle into his new life as a student. This is an entertaining and nostalgic comedy with a very loose plot, serving as a spiritual sequel to ’90s movie, Dazed and Confused. 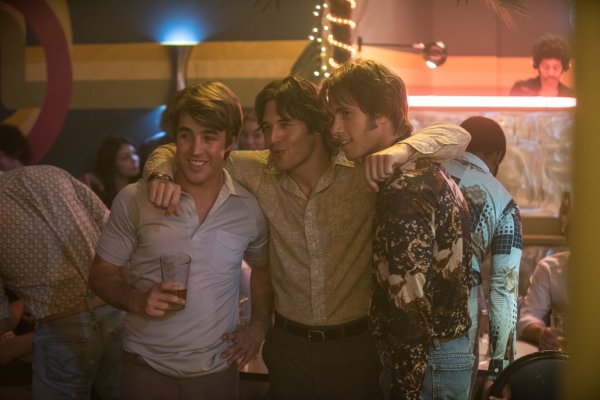 I was fairly surprised when I watched Everybody Wants Some!!, as I was expecting it to have a tone and style similar to that of the American Pie films. Whilst the film still does contain a lot of what you would expect, such as drugs, nudity and sex, Everybody Wants Some!! is a much more refined comedy. It’s not your typical teen flick.

As there is no real plot, the film depicts the randomness and unplanned moments of real-life. It’s simply about relationships between friends and people in a college setting. Jake’s introduction to college life begins with copious amounts of drinking and partying with his new housemates; a bunch of guys who all have varying personalities.

When Jake meets his new baseball buddies, he forms a close bond with Dale (J. Quentin Johnson). This movie is very male-orientated, focusing on the funny situations a group of guys get into. Although this film isn’t for everyone, I still think it has a place among a wider audience. 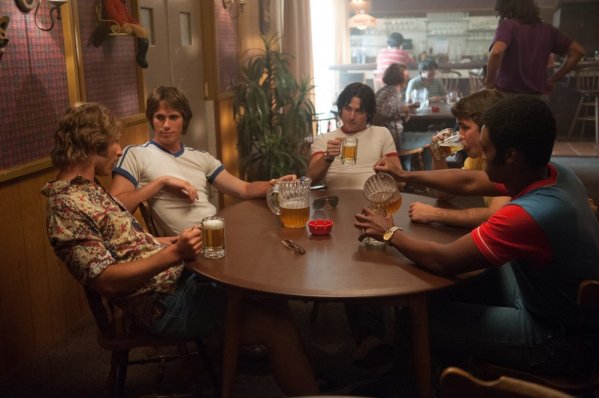 Everybody Wants Some!! perfectly captures the image and culture of the 1980s. From moustaches, hairstyles, to disco dancing, it very convincingly depicts a by-gone era. The ’80s was long before my time, but here it’s presented with so much detail and vibrancy.

I enjoyed the comedy a lot. None of the jokes feel too forced, which is a problem in many comedies. At the heart of the film lies a blossoming romance between Jake and Beverley (Zoey Deutch), one of the first girls he meets at college. Their romance is not actually the film’s main concern. It develops adjacently to the goings-on of Jake and the rest of the baseball team. The romance is just one part of the film and it plays out rather refreshingly, as there’s no melodrama or contrivances.

For the type of film Everybody Wants Some!! is, it really does not need to be two hours long. It doesn’t get tedious at any point, but there is no substantial journey taking place. It’s simply a venture into the everyday lives of college students. The cast are a group of very charismatic young actors, and the majority of them are relatively unheard of. I’m sure this film will make stars out of these unfamiliar faces.

College and high school life always looks so much better in the movies, and that’s still the case in Everybody Wants Some!! You never see Jake or any other student express uncertainty about their new home. But you don’t have to suspend your disbelief as nearly as much as other films of this nature. The youth culture that is portrayed is actually fairly accurate. 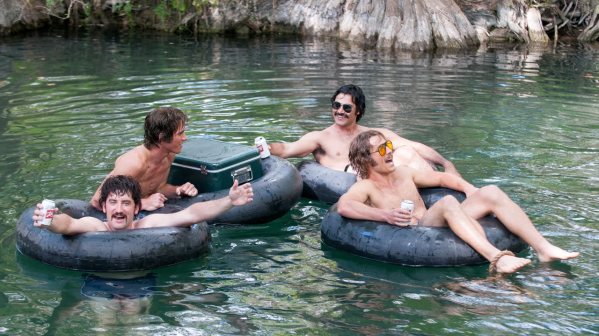 Everybody Wants Some!! is a pleasant film that will probably make older viewers wish they were young again. It doesn’t reinvent the wheel in terms of its genre, but it remains a funny and entertaining trip back to 1980s college life.

Quoted: “We came for a good time, not for a long time.”

Directed and written by: Richard Linklater