An investment banker, Davis Mitchell (Jake Gyllenhaal) loses his wife in tragic circumstances, an experience which leaves Davis unhinged and destructive. He’s unable to grieve and his in-laws, Phil (Chris Cooper) and Margot (Polly Draper), are appalled by his alarming behaviour.

Jean-Marc Vallee’s Demolition is an unusual depiction of the response to grief and trauma, and the film struggles to find its feet. I liked the performances by Watts and Gyllenhaal, but I was expecting a lot more from this film.

Demolition is a combination of comedy and melodrama, and the film doesn’t quite successfully navigate between the two. It’s Davis’ troubles with a vending machine that sparks off the chain of events after his wife’s death, as he starts sending the vending machine company letters. Not only does he complain about the machine, but he uses it as a way to express his personal thoughts and feelings. Karen Moreno, an employee (Watts), reads his letters and is moved by them, and the two eventually meet in person and form a friendship.

Davis’ inability to mourn the loss of his wife, could have been explored in more interesting and poignant ways. Despite the emotional angle of the film and Davis’ frequent flashbacks of his wife, Demolition isn’t particularly sad or challenging. I am a big fan of Gyllenhaal and I quite like Naomi Watts also, but they don’t work together in this film. They have literally no chemistry whatsoever and it seems they were given very little character development to work with. I just couldn’t take their friendship seriously.

Although the film uses magic realism, Demolition is surprisingly simple, in terms of its overall narrative and direction. Davis acts as a father figure to Karen’s young son, Chris (Judah Lewis), which allows him to reconnect with the world. Their relationship is genuinely engaging and they share some funny scenes together. 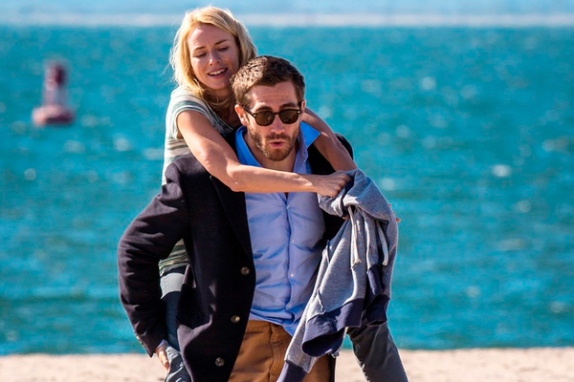 Why is this film called Demolition then you may ask. Well, apart from the fact that the death of his wife has metaphorically demolished Davis’ once happy life, it’s the way he reacts to the situation that gives the film its title.

This isn’t a typical comedy drama, which I think viewers may warm too, but it didn’t sit right with me. It’s a frustrating one, because there was potential here, but the ideas are muddled and unfocused. For a film that deals with post-traumatic stress, you would expect it to be much more emotional, but I didn’t find it that powerful. I think the actors do a good job of the material their given, but ultimately, the film strives too hard to be imaginative, and fails to project any real meaning.

I wouldn’t say Demolition is a complete waste of time, as it fits the profile for anyone looking to watch a quirky drama. I guess when it’s all said and done, this film is bang average. Not terrible, but not good. I just wish the film had a better grasp on what it was trying to achieve with the story it tells.