Ford’s thrilling second feature is an artistic film, telling a dark and twisted story within a story about love and vengeance. Its three interrelated stories reflect and contrast one another, but are focused around Susan (Adams), a successful art gallery owner, who is sent a manuscript written by her ex husband (Gyllenhaal), telling a disturbing story set in the Texas desert. 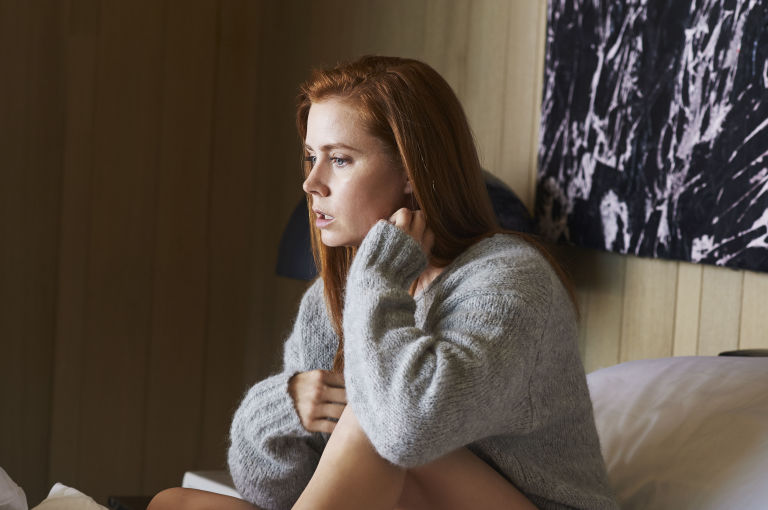 My expectations of Nocturnal Animals were quite high going in, as the trailer looked amazing and the film was very well received. Watching this film, I was gripped by its constant eeriness, and it manages to make you care for both stories equally, even though one of the stories isn’t “real”.

The film never acknowledges the opposing levels of reality, ensuring they’re both just as compelling. In fact, the reality of the separate stories are completely indistinguishable from one another, which I thought was a unique way of unravelling intersecting narratives.

Not only does Jake Gyllenhaal portray Susan’s ex, Edward, but also the main character in his manuscript, a family man called Tony. When Susan reads the story, the events are dramatised on-screen. Nice guy Tony takes his wife and daughter on a road trip across a remote desert. Here they bump into a nightmarish obstacle they could have never foreseen, which threatens each of their lives. As you can tell, I’m keeping the so-called ‘obstacle’ vague, because I don’t want to spoil anything, as it’s much better not knowing.

It’s a thrilling Texas tale where Susan starts seeing metaphorical parallels between the story and her real-life actions towards Edward. The film navigates back and forth between reality and “fiction”, and it also explores past events between Susan and Edward.

When a film deals with multi-narratives and timelines, it can often get slightly baffling but there’s no confusion here. Every narrative transitions to the next seamlessly and you’re always eager to find out more within each story. The film allows the viewer to draw their own interpretation. Is the manuscript really an attack on Susan for the way she treated Edward?

For me, Nocturnal Animals is a about the visceral form of revenge, but I do feel Tom Ford tries to push for something more that doesn’t quite come together. Its overall message doesn’t have a long lasting impact, because revenge movies aren’t anything new, but you’ll be intrigued by the style of the film, as it certainly offers something different.

The cast is great and all the actors are impressive in their roles. Both Gyllenhaal and Adams seem to get better with age, as they continue to evade their comfort zones by taking on increasingly challenging roles. At the moment, they’re ever-present on our screens, and I’ve really enjoyed their acting over the last few years.

While I did enjoy Nocturnal Animals, it didn’t quite meet my expectations. I was anticipating a mind-blowing twist, but it never came. Tom Ford’s film still remains an ambitious effort, where you can clearly see he had full creative control. The film misses the chance to be something truly remarkable. It feels like that last piece of the puzzle was missing from the plot that would have elevated it to greatness. Perhaps it needs more heart, more emotion, or a better climax, but you’ll enjoy the ride nevertheless.

Quoted: “When you love someone you have to be careful with it, you might never get it again!”

Writers: Tom Ford (Screenplay), Austin Wright (Based on the novel by)