There’s little more that can be done with the ‘let’s make a band’ formula, but John Carney manages to create something really special with Sing Street. It’s a funny, lively, utterly brilliant coming-of-age story set in 1985 Dublin. It focuses on young Conor “Cosmo” Lawlor, who starts a rock band to impress a girl.

This is a really entertaining film that has been stuck in my head for weeks since I saw it, and I just can’t stop humming those ridiculously catchy songs. Sing Street isn’t your average boy-meets-girl story. It’s about how the power of music can bring people together from all walks of life.

If you’ve seen Carney’s previous film Begin Again, then you need to see his latest effort, as the two films are quite similar thematically and are both musicals, but at the same time not quite. Just like Begin Again, original songs are played all the way through Sing Street, but it’s not an out-and-out musical, as there are no random outbursts of singing.

At heart, Sing Street is the story of how Conor finds out who he is through music, forming a band to express himself and to get the attention of the mysterious Raphina (Boynton), a girl he falls head-over-heels for. When we first meet Conor, he’s been sent to a new school, which is a nest of bullies and fanatical priests with strict rules they expect students to follow. It’s here that Conor makes friends with a group of misfits, and the boys decide to channel their feelings and frustrations through music. Conor’s older brother Brendan (Raynor), offers advice on how they can improve the band and their brotherly love is some endearing stuff.

While delivering much of the comedy, Brendan is a guy who missed out on the chance to be a musician, and he’s keen to see his younger brother reach success. So, there’s much more to the character than just being the funny one. The whole cast is equally brilliant, even though the majority of the actors are unknown faces. I’m sure the film will provide a springboard for these upcoming actors.

The right mix of music, drama and comedy, makes Sing Street such an exhilarating film. It’s bursting with character and energy, and it has a genuinely distinct feel. It never shies away from being gritty, even though there are quite a lot overly sentimental moments, and since the film centres around young people, mopey teenagers are frequent. But by the end, these teenagers become the heroes they believe they should be, and Conor goes from a shy insecure boy to a confident, spirited young man.

Although the film’s climax defies plausibility and I won’t spoil it, but I will say that the ending is completely in tune with the rest of the film. It makes sense and I wouldn’t have had it any other way. 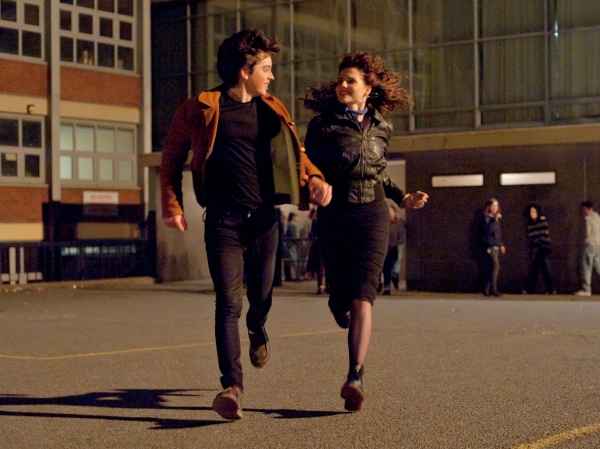 If you love music and the arts, then you’ll love Sing Street. It’s commonplace to say ‘They don’t make them like this anymore’, but clearly every now and again, a real treasure is unearthed and this time it’s Sing Street. It’s the best feel-good movie I’ve seen in years.

Quoted: “No woman can truly love a man who listens to Phil Collins.”

Directed and written by John Carney